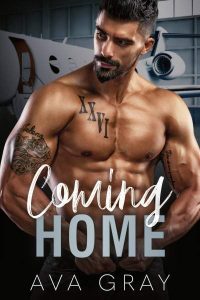 The thought of it was unbearable.
Holden was my brother’s best friend.
Being with him was forbidden, and oh-so-wrong.
My brother would have not been happy to say the least.
But that didn’t stop me from falling into bed with him.
Or from giving him my heart.
I spent sleepless nights thinking about him.

Finding out that I was pregnant shocked me.
But it was nothing compared to what I had to do after.
I couldn’t tell Holden about it.
I had to let him follow his dream.
More than anything, I had to protect him from my brother.

But all hell would break loose once he found out what I’d kept hidden from him: A little girl that has her father’s eyes.
Would he ever come home to meet her?

The Author / Publisher advised that this title was available for $0.99 (or local equivalent), discounted from $3.99 on 6/13/2022 at the following retailers. These links may use our affiliate tag with Amazon and other retailers and as such may earn us commissions on qualifying purchases.