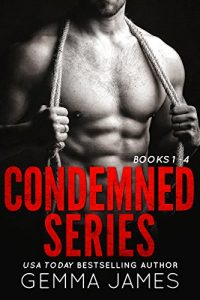 One lie. One act of revenge. One obsessive love.

I’m a prisoner on his island, a willing captive to his deviant desires, bound by his justified fury. Even worse, I’m a hostage of my own treacherous heart. But the lie I told eight years ago is ricocheting, destroying lives and altering the course of fate. Neither of us saw it coming.

The violence and death. The betrayal. The utter destruction that leaves us in ruins.

How can a single lie cause so much devastation? Redemption seems impossible because neither of us can undo what’s been done. I belong to him as much as he belongs to me, and we’ll fight for each other or go down in flames trying.

The Author / Publisher advised that this title was available for $FREE (or local equivalent), discounted from $2.99 on 3/11/2018 at the following retailers. These links may use our affiliate tag with Amazon and other retailers and as such may earn us commissions on qualifying purchases.