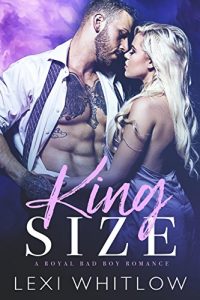 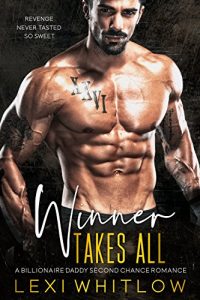 Bryn Beckett was always meant to be mine. Fate took her away from me.
I need to claim her, make her moan my name and regret the day she kissed me and ran away.
But I’m a dirty-talking bad boy mechanic. She’s a lawyer. We’re from different worlds.
Short of winning the lottery, there’s nothing I can do to get her.
But my number is up. The good kind. And I’m an instant billionaire, overnight.

You’d think it’s a blessing—winning all that cash, and being the hottest man in town.
But that’s a lie. It’s a curse.
There are scammers and gold diggers stalking, threatening, following me.
I’m stronger than that, and my family is protected.
When Bryn enters the picture, it all gets complicated.
She’s a target, too.
And when she’s in danger, I realize our love is not some childish game.
I’ll risk everything to keep her safe—and the life growing inside of her.
Either I win, and keep it all.
Or I lose everything.

The Author / Publisher advised that this title was available for $FREE (or local equivalent), discounted from $2.99 on 6/1/2018 at the following retailers. These links may use our affiliate tag with Amazon and other retailers and as such may earn us commissions on qualifying purchases. 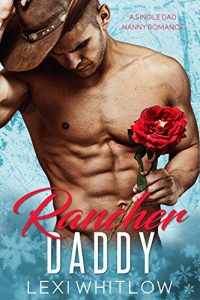 Grace:
He needed a nanny, and I needed a job.
A match made in heaven, right?
Almost.
When I arrive in Montana, nothing is like I expected it to be.
The mountains are dark and cold, and huge—just like Camden Davis.
He's six feet plus of pure muscle and sky blue eyes, the kind of man you might call a living, breathing god.
Like something out of a fairy tale.
But that's not why I'm here. I have to keep reminding myself.
His daughter is sick, and he desperately needs my help.
My desire quakes inside of me, ready to burst.

Camden:
Grace Bradley has curves in all of the right places and none of the wrong ones.
Since my ex-wife left me with a sick little girl and a ranch to tend on my own, I swore off women entirely.
The whole lot of them can go jump a damn lake.
But Grace is different.
She's honest and pure—and she's not afraid of anything.
There are secrets that threaten to destroy both of us,
ghosts of the past coming back to haunt us.
All of that can't prevent the ecstasy I feel when I take her into my arms.
And nothing will stand in my way when it comes to keeping what's rightfully mine.

The Author / Publisher advised that this title was available for $FREE (or local equivalent), discounted from $2.99 on 4/26/2018 at the following retailers. These links may use our affiliate tag with Amazon and other retailers and as such may earn us commissions on qualifying purchases. 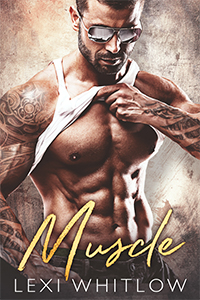 There's only one girl in this town that's off limits, and I just crossed the line.

I was a SEAL. Now I'm a star.
The hottest director in Hollywood wants me.
All I want is his daughter.
Hourglass figure. Legs that don't quit.
She'll take my commands, then I'll take her to bed.
Too bad her daddy hates me, because Winter's pregnant.
If the tabloids get hold of this, I'm done.
If her daddy finds out, I'm dead.
But Winter's mine. And SEALS don't quit.
Our baby won't grow up hating me.
Screw the fame and fortune.
I'm about to show my muscle, and this display ain't for the cameras.

Can I convince Winter's dad I'm all she needs… or will this be our last take?

The Author / Publisher advised that this title was available for $0.99 (or local equivalent), discounted from $2.99 on 3/28/2018 at the following retailers. These links may use our affiliate tag with Amazon and other retailers and as such may earn us commissions on qualifying purchases. 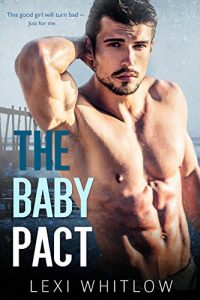 She's desperate to have my baby.
Eliza Lane was the good girl in town, until I got a hold of her. I ruined her, and she gave it right back.
Now she’s back in town, on the run from her abusive ex-husband.
She needs help — and she’s ready to start a family.

She just doesn’t want the whole marriage thing that goes along with it.
Fine by me. I’m a billion dollar playboy,
and after I split with Eliza, I never wanted to settle down.
Her luscious curves are making me want to sign up for the job of Baby Daddy anyway.

Once I get a taste of her,
the old addiction returns.
This good girl turns bad just for me.
Now it's my mission to make her and our future baby all mine —
and I’ll move heaven and earth to protect her if anyone stands in our way.

The Author / Publisher advised that this title was available for $FREE (or local equivalent), discounted from $2.99 on 3/21/2018 at the following retailers. These links may use our affiliate tag with Amazon and other retailers and as such may earn us commissions on qualifying purchases.