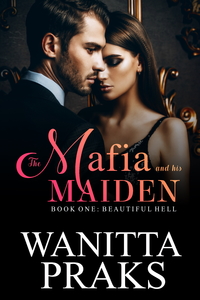 Amelia is dragged into the underworld of mafia by none other than Nikolas Lorenzo, who claims that her father owes him four million dollars. But there is another underlying reason why he took such drastic action, and that is because Amelia is responsible for his brother's death, or so he claims. And his mission now is to make her pay for her crime. A spinoff series to Maid to the Mafia.

The Author / Publisher advised that this title was available for $FREE (or local equivalent), discounted from $3.99 on 8/15/2021 at the following retailers. These links may use our affiliate tag with Amazon and other retailers and as such may earn us commissions on qualifying purchases.