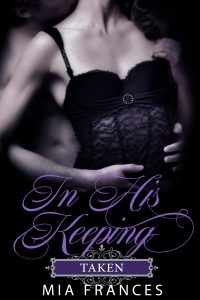 Out of work and on the verge of being homeless, Sylvie Jenkins is desperate. Her desperation leads her to take a job with a reclusive writer living in the Adirondack Mountains of upstate New York. She’s never heard of Connor Hudson, but the man is offering her room, board, and an extremely generous salary. How bad could he be? Sylvie is shocked to learn that she might not know who Connor Hudson is, but millions of readers do, scarfing up the books he writes under various pseudonyms. And Connor’s not just a bestselling author. He’s a billionaire entrepreneur whose publishing and media empires span the globe.
Her new employer is a drop-dead gorgeous hunk, but he’s also surly, dominating, and demanding. He’s accustomed to being obeyed and kowtowed to, but he soon discovers that his feisty new assistant refuses to do either. Sylvie thinks he’s an arrogant, condescending jackass! Connor is shocked that this little imp isn’t cowed by his wealth, power, and position. That fascinates him. The alpha male in him is determined to have her…and her obedience and submission as well. Naive and nerdy, Sylvie mistakes sex for love. But Connor can’t love her. Not now! Not ever! He’s keeping secrets: dark dangerous secrets. The cops think he's a serial killer. His ex girlfriends keep turning up dead! Is this strict, sexy alpha male cursed or a cold-blooded killer?

The Author / Publisher advised that this title was available for $0.99 (or local equivalent), discounted from $2.99 on 5/24/2021 at the following retailers. These links may use our affiliate tag with Amazon and other retailers and as such may earn us commissions on qualifying purchases.