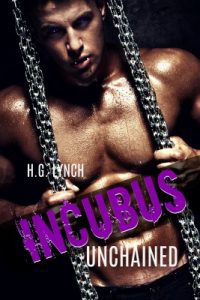 Kez doesn't do one-night-stands. That is, until she meets the mysterious and alluring Brogan at a club. He's irresistible, and leaves her wanting more.
Brogan knows he's irresistible because he's an Incubus – he feeds on Lust and hungers for blood. Women fall under his spell like moths to a flame.
But Brogan's got a dirty past, and when the last member of his family turns up dead, he lands up with the debt his Uncle owed to the local mob.
Only, he doesn't plan on paying.
With Kez getting mixed up in his dangerous life, and his inability to stay away from her, Brogan will have to fight not only the mob but his own bloodlust.

The Author / Publisher advised that this title was available for $0.99 (or local equivalent), discounted from $2.99 on 10/1/2018 at the following retailers. These links may use our affiliate tag with Amazon and other retailers and as such may earn us commissions on qualifying purchases.