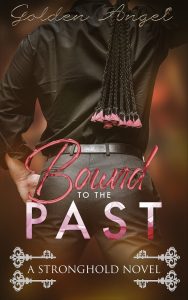 Kate came back into Andrew's life like a blast from the past – a past he'd tried to get over, but the effects of which he'd never quite managed to escape. They were young, they were in love, and he lost control for one instant, and that instant changed the course of their lives.

Now he wants to make things right and put the past behind him, but in order to do so he needs closure and Kate's the only one who can give it to him. As they begin spending more time together in the present, it's becoming clear that maybe he's not quite ready to put their past away entirely.

Ever since her return to Maryland, Kate hasn't been sure how to feel about her ex-boyfriend. She dislikes the man he became while she was gone, but she can see him starting to change again and she likes the man that he's become over the past few months. He's different, but the same, and when she agrees to scene with him again she decides she's not going to close herself off to the possibility of reconciliation.

However, the incident that shattered their past is now threatening their future together, making it harder for them to move forward from where they were. They have to decide whether or not they're going to try get their happily-ever-after, and if so, they're going to have to do what they didn't do before – fight for each other.

The Author / Publisher advised that this title was available for $0.99 (or local equivalent), discounted from $3.99 on 10/6/2020 at the following retailers. These links may use our affiliate tag with Amazon and other retailers and as such may earn us commissions on qualifying purchases.