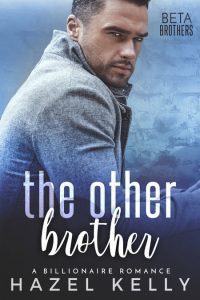 Ash Warburton was a legend long before he graduated from college, and years later, his mythical status as the frat brother who could outplay, outwit, and out party anyone bold enough to take him remains. But little do his Beta Brothers back on campus know, Ash swapped beer for business a long time ago and has become the most eligible bachelor in New York City.

Too bad love doesn’t interest him. After all, he’s got his billions to keep him company and his grudges to keep him focused.

But when he meets a brown eyed girl with big dreams who seems immune to his bad attitude and even less interested in his enviable social status, he’s surprised by how compelled he feels not only to protect her, but to impress her, too.

Is it too late for Ash to get the happy ending his brothers always expected of him or can he change his beastly ways in time to win Piper’s heart?

The Author / Publisher advised that this title was available for $0.99 (or local equivalent), discounted from $3.99 on 7/22/2019 at the following retailers. These links may use our affiliate tag with Amazon and other retailers and as such may earn us commissions on qualifying purchases.