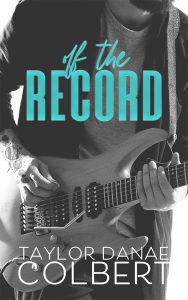 Ugh. Celebrities. I mean, I know I took a job as a reporter for the Celebrity and Pop Culture department of our magazine, but it was just supposed to be a stepping stone to the more real stuff.

Despite the fact that Dax Thatcher was the subject of many of my teen fantasies—and I may or may not have an entire playlist made up of his music—he’s still just another star.

Until I meet him. Until his golden eyes pierce through me that day on his Malibu deck. Until I find myself having dinner with him, going backstage with him, lying on the beach with him, telling him my deepest secrets.

And then I remember my assignment: a four-issue feature on Dax Thatcher. . .and his supermodel fiancée. Yep, he’s getting hitched.

I have to focus. I’m a serious journalist, and he is mere months from walking down the aisle with someone else. But that doesn’t stop me from wondering what those tattooed arms might feel like wrapped around me, or how soft the sheets on his California king bed are.

Yikes. This celebrity stuff might be a little more real than I thought.

The Author / Publisher advised that this title was available for $0.99 (or local equivalent), discounted from $2.99 on 5/8/2020 at the following retailers. These links may use our affiliate tag with Amazon and other retailers and as such may earn us commissions on qualifying purchases.