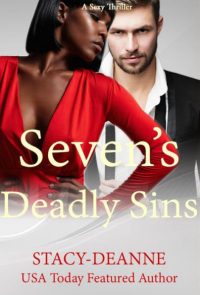 While at her exhibition, artist Kaya meets the alluring Seven Prescott, billionaire heir to the LX Energy dynasty in Houston. The chemistry is impossible for Kaya to ignore and before she can blink Seven has her upstairs in the museum getting dirty on a table.

They spend the night together and though she likes Seven, and the sex is great, Kaya lacks an emotional connection with her wealthy suitor and immediately realizes she doesn’t want things to go further.

The Author / Publisher advised that this title was available for $0.99 (or local equivalent), discounted from $4.99 on 4/20/2021 at the following retailers. These links may use our affiliate tag with Amazon and other retailers and as such may earn us commissions on qualifying purchases.