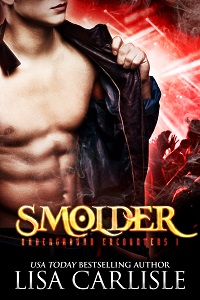 He's a vampire. She's a firefighter.

What happens when fire meets ice?

Find out in this hot paranormal romance that kicks off the Underground Encounters series!

Nike
We all lead double lives in a way. Only the most trusted are allowed into our private space. When my reality and fantasy worlds collide one night, I end up in danger.

I never thought a gym crush could be deadly…

All I wanted was an escape from reality. Being a firefighter can be stressful and I unwind at an underground goth club. I can forget about being on call for danger, and just be Nike, a woman who likes to lose herself in music and dance. But when I spot the guy I fantasized about at the rock climbing gym, he discovers my secret.

Michel has a darker one and a connection to a world I never knew existed. My life is threatened and I have to choose whether to go with Michel. How do I find a way out of this nightmare that doesn't end with me getting burned–or worse, sucked dry by a vampire?

The Author / Publisher advised that this title was available for $FREE (or local equivalent), discounted from $0.99 on 6/6/2018 at the following retailers. These links may use our affiliate tag with Amazon and other retailers and as such may earn us commissions on qualifying purchases. 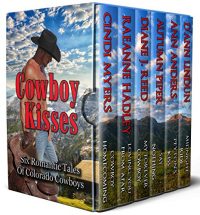